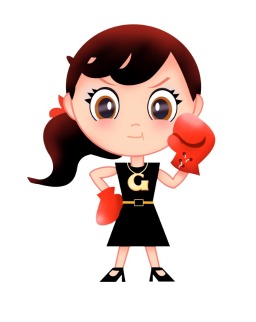 Beware of the Gumptionista, Southwest Airlines!

In the past week, I have written three letters to corporations regarding service issues. Even as I write this, my blood is boiling. Usually when I am having a bad day, a friend of mine who is very into the metaphysical says, “well, that makes sense, because mars is in retrograde and everything is unaligned.” Well, I don’t think I can blame my current issues on mars, but I wish I had something or someone to blame. I am just plain irritated. This is one of three blogs of “Beware of the Gumptionista.”

My first letter was to the CEO of Southwest Airlines. As I mentioned in a previous blog, I send all letters certified to the president or CEO of the company. The letter was in regards to a few different issues. The first issue was the expiration date policy on rewards tickets. I had two rewards tickets, which I gave to my parents as a Christmas gift, to be used to fly to Las Vegas for my sister’s wedding in October 2009. The tickets did not expire until August 2009, but since I was giving them as a gift in December, I went online in November and paid the $50 to extend the expiration date. Since their was no written policy on the website, I “assumed” that when I paid the $50 it would push out the expiration date to one year from the current date. It makes sense, doesn’t it? Well, surprise, surprise, that’s not how it works. When I paid the $50 online, I immediately received a new confirmation receipt showing the expiration date as one year from the day I paid. I called Southwest Airlines and asked why it was not one year from the original expiration date. They responded that the policy was that the new expiration date was one year from the day you pay for the extension. I indicated that there was nothing in writing on the website. They said they could not give me a refund (something I regret fighting for now), but would give me a $50 voucher to be used towards a future ticket. I was furious because the new expiration date was prior to October, which meant I had to pay another $50 to stop it from expiring.

In April, I was supposed to fly to San Francisco for a conference. I purchased my ticket on the website and applied the $50 credit voucher. I ended up terribly sick in April and had to cancel. I gave the voucher to my sister to use for a flight in October and when she tried to apply it to her total it said that it was not valid, because it would be expired by October. I knew that the credit voucher would expire in August, but the other half of my ticket which was paid by credit card should be able to be applied. I called Southwest and was told that when you use a credit voucher, your entire ticket expires per the credit expiration date. The ticket defaults to the earliest expiration date. What this means is if you apply a credit voucher to your ticket and your credit expires in two weeks, and for some reason you have to cancel your travel plans, your entire ticket expires in two weeks. If you don’t use it by the expiration, you lose the entire ticket amount. Absolutely absurd policy! No wonder why they are the only profitable airline. I have not received a response from the CEO, however I did call Customer Relations and explained the situation. They said if I could get a letter from my doctor proving I was sick during this time, they would refund the amount paid on my credit card. I faxed a letter today and am awaiting a refund. I do feel that this policy will come back to haunt them. Nothing is clear as day on their website. If you don’t search for every possible scenario, you will get screwed! It’s just a matter of time before a class action suit appears. I actually e-mailed an attorney about a class action, because I really think there is something there, but I really just wanted to resolve my issue at the moment, which I did. It may be resurrected, however. You cannot take someone’s money and not deliver. Because your website is technically challenged and cannot include two expiration dates, it's ok to take someone's money and not deliver? It’s similar to expiring a gift certificate, which is against the law in California.
Posted by JM at 4:54 PM